Contracts 101, When Working with Clients 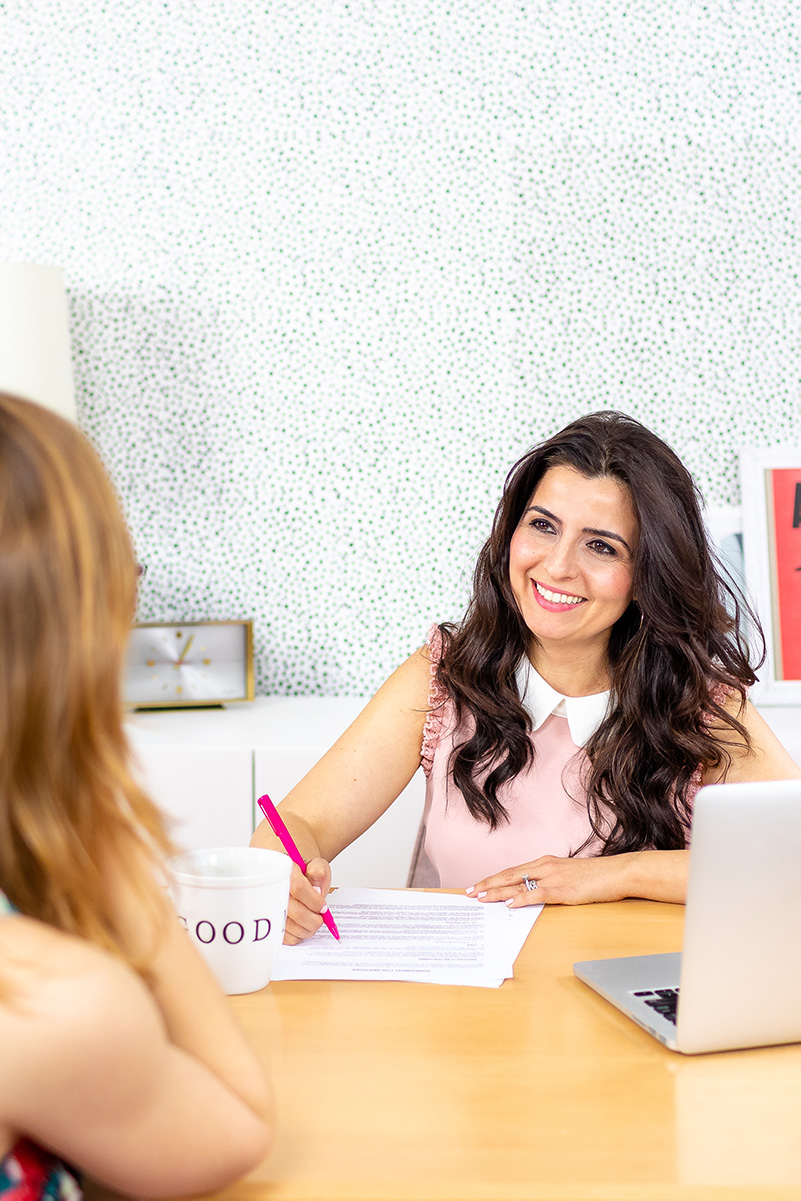 Imagine that you’ve been in talks with a potential client for weeks about having you come on board to plan an event for their company.  You and your client are totally on the same page and are looking forward to planning an epic event unlike anything the company has ever seen. Initial talks suggest that professional acrobats might even be involved {wink}. You send over your contract for services to your client for review, which states:

The client signs and sends you the contract, and says the check for the deposit is in the mail.  In the meantime, she sends you a few documents to review to get started because the event is just around the corner.  Wanting to impress the client, you don’t wait to receive the deposit and get to researching vendors for the event.

As of December 6th, 2015, you still haven’t been paid the non-refundable deposit. On December 7th, the Client tells you that the event has been cancelled due to budget cuts and they will no longer need your service.  You gracefully remind the Client that the deposit payment is still outstanding. She says she doesn’t owe you anything because there was never an agreement between you two.

You have a signed and written agreement from your Client in your hands. Clearly she’s making a mistake.  Not to mention that you’ve been putting time on the event, and have even turned down other work so you could plan this event for the Client.

This exact scenario happened to someone I know and I don’t want it to happen to you.

So here’s the deal:

To have a legally binding contract, the following elements must exist: an offer, acceptance of the offer, consideration, a writing (sometimes), and competence.  Assuming the last three elements exists, where you fall into trouble here is that you’re missing an acceptance to the offer.

(Although there may be an argument that there was an oral contract or an implied contract, let’s just focus on whether you two had a valid written agreement.)

Let’s take a closer look at the contract.

The contract states that in order for a client to book your services, the client must send you: (1) a signed agreement and (2) the deposit and (3) both of which must be received by December 5, 2015.  This is your “offer” – a proposal to enter into an agreement that is communicated to the Client. If these required conditions – sending the signed agreement and the deposit don’t take place before December 5, 2015, your offer is no longer “on the table.”  Because your client didn’t return the signed contract AND the deposit BY December 5th, there was no agreement.

So what’s the takeaway?

If you’re going to phrase your contract like the example above and make the offer conditioned on the performance of certain actions by a certain date, don’t start working until the Client has performed those conditions. This may be difficult to do at times, especially when the Client wants you to get started right away on a time-sensitive project, but just know that unless the conditions are met, there is an argument that no contract was ever made.   Then you’ve just run the risk of having done work for a client who refuses to pay you for your services.

Before you send or sign your next contract, double check that you’ve crossed all your T’s and dotted all your I’s. Your Legal BFF contract templates include step-by-step explanations (in Plain English - no legal mumbo jumbo here) walking you through how to customize each clause of your contract with confidence. Select contract templates also include a Contract Review Checklist of things to double check so you avoid costly mistakes

This website uses cookies to improve your experience while you navigate through the website. Out of these, the cookies that are categorized as necessary are stored on your browser as they are essential for the working of basic functionalities of the website. We also use third-party cookies that help us analyze and understand how you use this website. These cookies will be stored in your browser only with your consent. You also have the option to opt-out of these cookies. But opting out of some of these cookies may affect your browsing experience.
Necessary Always Enabled
Necessary cookies are absolutely essential for the website to function properly. This category only includes cookies that ensures basic functionalities and security features of the website. These cookies do not store any personal information.
Non-necessary
Any cookies that may not be particularly necessary for the website to function and is used specifically to collect user personal data via analytics, ads, other embedded contents are termed as non-necessary cookies. It is mandatory to procure user consent prior to running these cookies on your website.
SAVE & ACCEPT